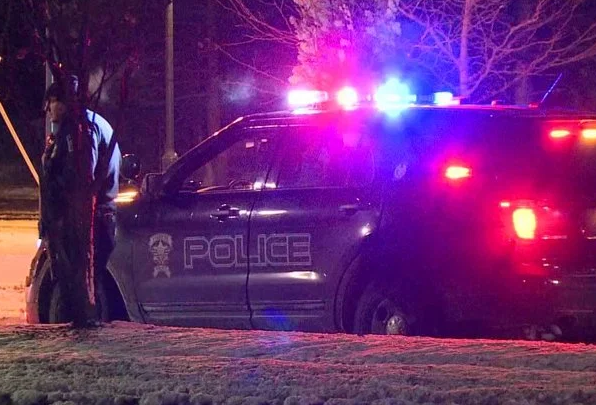 FISHERS, Ind. – A K9 officer with the Fishers Police Department was killed while tracking two men involved in a car chase overnight.

Police were originally called about a drunk driver on I-69 around 12 a.m. Officers tried to stop the car, but the driver kept going.

The car stopped on Olio Road and two men in the car got out and ran from police.

During a press conference, Chief Ed Gebhart said a K9 unit was called to the scene to track the suspects.

K9 officer Harlej was tracking the men off-lead when officers heard what sounded like a gunshot.

Picture from scene in Fishers on November 13, 2019

Officers apprehended both of the suspects and took them into custody.

Later on in the same wooded area police found K9 Harlej. He was killed.

Police are still searching for the suspects’ weapon.

Harlej was 5 years old. Officer Jarred Koopman was his handler since he joined the department in 2015.

“It is my belief he saved lives last night, and we’re thankful for his sacrifice,” Gebhart said.

Police say they will hold a memorial service for Harlej, and they will share more details with us in the near future. Also, anyone who wants to make a donation in honor of Harlej can do so by donating to the Fishers Police Foundation.