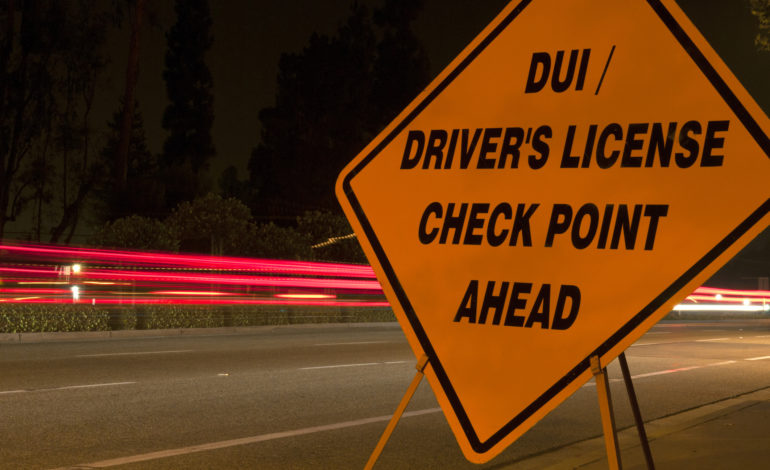 By James Careless and Laura Neitzel 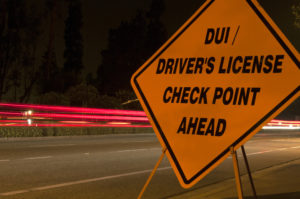 Police departments need to decide what action to take if a driver under the influence tries to evade arrest by outrunning law enforcement.

A caller reports a car swerving down the road with its left blinker on, crossing the center line repeatedly, passing on the shoulder and generally being a menace. And it’s New Year’s Eve.

The traffic violations give you probable cause to make a traffic stop, and chances are likely that the driver is under the influence of alcohol. For the welfare of the general public, you need to get that driver safely off the road as soon as possible, so you turn on your lights and siren to signal the driver to pull over.

In theory, the vehicle pulls over, you ask the driver to perform a field sobriety test and then make an arrest. But as most police officers know, it’s often not that simple.

According to the U.S. Department of Transportation, over the past five years, an average of 300 people died each year nationwide in DUI-related crashes during the week between Christmas and New Year’s.

With the holidays approaching – and with them, an annual spike in DUI incidents – police departments need to have tactics in place for apprehending a suspected impaired driver.

Tactics vary by jurisdiction and by department policies, but here are some ways police are working to get impaired drivers off the roads.

Sobriety checkpoints, also known as DUI checkpoints, are one instance in which police officers can legally stop a motorist without probable cause. In 1990 the U.S. Supreme Court ruled that the government’s interest in reducing alcohol-related injuries was sufficient to justify a brief intrusion of a driver’s privacy and did not violate the driver’s’ Fourth Amendment protection from unreasonable search.

Due to privacy and other concerns, many states, like Texas and Idaho, expressly prohibit DUI checkpoints in their state laws. Other states are silent on the issue. However, an intoxicated motorist can still be detained if, during the course of an administrative stop to check license or insurance, the police officer determines there is probable cause to make an arrest.

In states where DUI checkpoints are authorized, they are subject to strict regulations. To be valid, a policy-making official must demonstrate a logical reason why a DUI checkpoint is needed at a particular location for a particular length of time. Among other procedures, police officers conducting the checkpoint must stop vehicles according to a neutral formula – such as every fourth car – to ensure all motorists are treated the same.

Whether DUI checkpoints are an effective deterrent is a matter of debate. In states where they are permitted, law enforcement agencies should consider setting up and advertising a DUI checkpoint as one tactic for deterring drinking and driving during the holidays.

Intoxicated drivers are not known for displaying good judgment, so police departments need to decide what action to take if a driver under the influence tries to evade arrest by outrunning law enforcement.

The decision to pursue or not to pursue any driver is a complicated matter in which a law enforcement agency has to balance the need to protect the public and officers with the duty to enforce the law and apprehend violators. An agency may have a blanket “no pursuit” under any circumstance policy, a restricted policy that dictates the circumstances in which police are allowed to pursue, or a less defined pursuit policy that leaves the decision to the discretion and judgment of the officer.

A study from the National Institute of Justice compared the pursuit policies of four jurisdictions that stated the circumstances under which pursuits may be undertaken and specified the procedures to be followed. The policy in Nassau County, New York, stated that “although many pursuits incur too much risk to be justified, occasionally there are urgent circumstances when a proper law enforcement response requires a pursuit, and the degree of risk involved becomes justified … The primary goal is to avoid excessive or unjustifiable risks.”

“An officer has to balance the need to get the suspected DUI driver off the road with the need to keep others out of harm’s way,” said Ron Replogle, national law enforcement initiatives manager with Mothers Against Drunk Driving’s (MADD) national office, and a former state trooper. “Both present some degree of risk.”

The question then becomes whether a driver suspected of driving under the influence poses an immediate threat that justifies the risk of a pursuit. One could reasonably argue that a DUI suspect does pose an immediate threat to the public, but often it’s left to the discretion of the officer (or possibly supervisors) whether an officer should pursue a fleeing driver suspected of DUI.

In Jackson County, Missouri, police are specifically authorized to pursue on “a case-by-case basis,” said Sgt. Douglas Blodgett of the Jackson County Sheriff’s Office’ Special Operations Division Traffic/DWI Enforcement Unit. “It has to be evident that the driver poses an immediate threat to the public.”

If department policy does allow pursuit, and the officer deems the risk of a pursuit is justifiable, there are technologies available that can help mitigate the risks.

One way of mitigating the risks to the public, the fleeing suspect and police before the pursuit begins is to train officers in scenarios specific to DUI-related pursuits.

Police driver pursuit training puts the officer through a range of possible driving scenarios in a wraparound environment that can replicate the conditions and actions of impaired drivers as realistically as possible. Driver responses can be programmed into the police driver training simulator, or an instructor at a separate workstation can create and alter the scenario in real time. Departments can even have scenarios drawn from actual DUI-related pursuits entered into programming so officers can train to actual situations encountered by their colleagues.

“Any kind of simulation training is good for officers because it gives them something to fall back on when they get into real-life pursuit situations,” said Replogle. “Training to deal with drunk drivers is like any other kind of training,” he said. “The more you do it, the more proficient you become, with your responses becoming part of your muscle memory.”

Whatever department resources allow, the goal is to create a safer interdiction, whether through tactics, technology or training. “Our department is fortunate to have access to several close driving tracks, where our officers can learn how their cars handle in high-speed situations without putting the public at risk,” said Sgt. Blodgett.

Tracking technologies enable law enforcement to track a fleeing vehicle’s location and movements without having to maintain sight of the vehicle.

A GPS tag can be launched from a safe distance via a handheld device or a launcher installed in the grille of a police vehicle. Once the tag is attached to the suspect’s vehicle and tracking begins, the officers or dispatch/command center staff can view and monitor the suspect’s vehicle in real time using a web-based command and control platform. The tag offers a secondary layer of protection that allows the officer to reduce pressure and the related risks surrounding an intoxicated driver. The last thing that an intoxicated driver needs is an adrenaline-induced pursuit due to slowed reactions.

This situational awareness gives law enforcement control over when and how to apprehend the suspect, such as when the unsuspecting driver stops the car or enters a roadway where conditions are more favorable for a safe apprehension. Tracking technology even allows law enforcement to record the suspect vehicle’s movements, providing valuable evidence for prosecution.

Pelham, New Hampshire police Sgt. Glen Chase, quoted in a news article about a DUI arrest, probably spoke for all officers when he said that officers “prefer to stop and arrest drunk drivers before they crash.” While that’s doubtless true, being able to apprehend an intoxicated driver after the fact at least metes out a small measure of justice. Partnering with the manufacturer has led to numerous DUI arrests when the dispatcher has been able to corroborate evidence that the driver may have been intoxicated when the collision or other event that triggered the alert occurred.

“If there is no pursuit policy, there’s very little an officer can do if a suspected intoxicated driver chooses to evade,” said Sgt. Blodgett, whose agency does allow pursuits in certain instances and uses tracking technology to lessen the danger.

However, even for police departments with no-pursuit policies, there are options for arresting a motorist driving under the influence after the car is stopped.

There is no “one size fits all” solution to apprehending a suspected intoxicated driver.

It takes intelligent departmental policy and on-the-job education to inform officers when and whether to pursue drunk drivers. It then takes realistic scenario-based training – of which simulators can be a valuable part – to help officers prepare for actual pursuit situations. Pursuit management technology can further lessen the dangers of high-speed pursuits and onboard navigation systems can help lead to an arrest.

All these law enforcement efforts and technologies are battling a problem that in a perfect world wouldn’t exist. Ideally, ongoing efforts of public safety agencies and nonprofits to educate the public about the dangers and potentially fatal consequences of drunk driving will make drivers think twice before taking the wheel after drinking.

Mothers Against Drunk Driving and their partners are leading the battle against impaired driving through programs that educate the public and support high-visibility law enforcement and advanced technologies like autonomous vehicles. We thank you all for doing your part to make driving under the influence and behavior-related traffic fatalities a thing of the past.

Wishing you a safe holiday season.

Deadly force behind the wheel

Border Apprehensions Drop With Pandemic in Fiscal Year 2020, But Expected to Rise