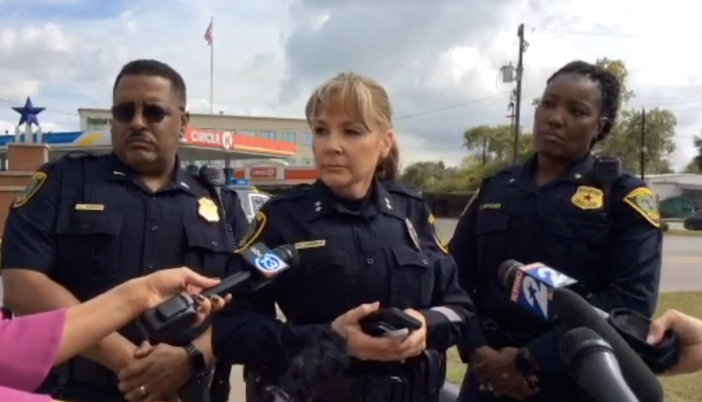 A teenager is in a Houston hospital in critical condition after he stole a truck, eluded police and subsequently crashed into a Galena Park Independent School District school bus, police said.

The incident took place just after 9 a.m. Tuesday, Houston Police Department spokeswoman Wendy Baimbridge said in a press conference via Twitter. Baimbridge said two men were moving furniture into their truck while it was running, and the teenager jumped into the vehicle and drove away.

“He meandered through the neighborhood a little bit and marked units were able to spot him near I-10,” Baimbridge said. “The teen was reportedly driving 70 miles per hour evading the police when they attempted to pull him over.”TOP ARTICLES  00:12 / 00:16Bass family teams up with fellowship program toincrease Fort Worth’s global influence

Police say he exited the freeway and later slammed into the school bus. Baimbridge said only two adults were on the bus at the time.