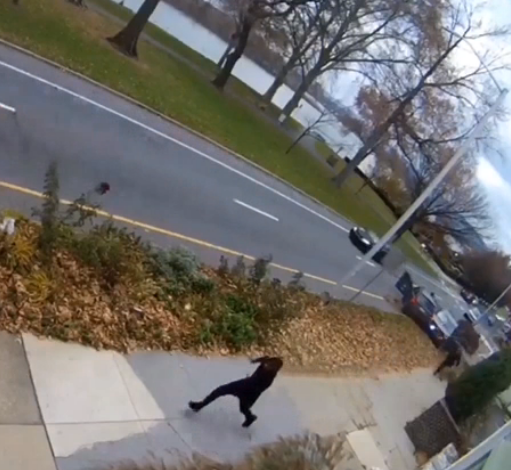 HARRISBURG, Pa. — UPDATE: Police have arrested the suspect involved in a dramatic chase with police caught on camera in Harrisburg on Wednesday.ADVERTISING

According to a criminal complaint, police took Mister “Pee Wee” Ussery III into custody on drug related charges this week.

In October, undercover police met with Pee Wee and performed a controlled purchase in which they received crack cocaine from the suspect.

This time, Ussery was taken into custody by police after a search of his vehicle revealed money, a digital scale, crack cocaine and a HK ,45 handgun that was previously reported stolen.

The video shows a police cruiser using a Pursuit Intervention Technique (PIT) maneuver to force the suspect’s car off North Front Street and onto the sidewalk.

After the car came to a stop, the suspect can be seen running from the scene with officers chasing on foot.

It is not yet known if the suspect was captured.