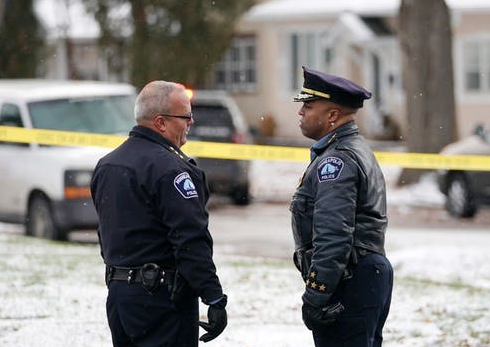 Minneapolis police officers are no longer pursuing fleeing suspects for most nonviolent and lesser offenses after a series of high-profile chases in recent years that department officials say unnecessarily put lives in danger.

Under the new policy, officers can only give chase in situations where they believe a suspect has committed or is about to commit “a serious and violent felony or gross misdemeanor.” Pursuit can also be initiated if the suspect’s driving is “so flagrantly reckless that the driver would pose an imminent and life-threatening danger to the public if not apprehended.”

The change in policy comes as police pursuits jumped by 25% over the past three years, state data show. Under the new policy, which went into effect this summer, police may not longer initiate a pursuit or must terminate a pursuit in progress if it “poses an unreasonable risk to the officers, the public or passengers of the vehicle being pursued who may be unwilling participants.” As before, officers must continuously weigh the “necessity for apprehension” against the risk to officers and the public.

Police officials say the former policy gave officers discretion to pursue suspects for certain property crimes. Now, they will only be allowed to initiate pursuit for serious and violent felonies and gross misdemeanors such as murder and attempted murder, serious or violent sex crimes, kidnapping, carjacking and arson, among other crimes.

The only exceptions are cases in which suspects’ pre-stop driving is “so flagrantly reckless that the driver would pose an imminent and life-threatening danger to the public if not apprehended,” the policy says.

Other police agencies across the country have also adopted more restrictive pursuit policies after criticism and lawsuits over deaths or injuries involving police chases.

According to a study by the International Association of Chiefs of Police, about half of U.S. departments allow officers to chase suspects no matter the offense, while others like Minneapolis limit pursuits to certain categories of offenses.

In Minneapolis, most police chases are over quickly: 54% are over after a mile or less, while only 13% cover 4 miles or more, according to a Star Tribune analysis of the 465 chases between 2016 and 2018. About 28% ended in a crash, a figure that rises to 37% in cases involving auto theft — possibly, experts say, because car thieves may drive more brazenly in a vehicle that isn’t theirs.

Almost half of chases started over a traffic violation and another third were because the vehicle was reported stolen. Only 11% of chases were initiated because of a felony-level offense, the analysis showed.

And while deaths are rare and injuries occur less than 10% of the time, according to the Star Tribune analysis, they do happen.

In one pursuit last May, 50-year-old Jose Madrid Salcido, of Minneapolis, was mortally injured when an unlicensed driver fleeing a police stop smashed the car he was sitting in, pinning Salcido inside. The suspect, Trevon McMorris, 27, of Brooklyn Park, pleaded guilty in the case just as jury selection was to begin, and was sentenced last month to 15 years in prison.

It was one of several headline-grabbing chases in Minneapolis in recent years, including one in which a motorist fleeing the State Patrol plowed into a North Side playground, injuring three young siblings, prompting a frustrated police commander to order his officers to stop pursuing suspects for nonviolent crimes.

In an e-mail obtained by the Star Tribune, Assistant Chief Mike Kjos urged supervisors to terminate any pursuit “when there isn’t a readily recognizable and dangerous situation that on its own presents a significant danger to the public.”

“The days of chasing for a moving or equipment violation are over; the danger to the public out[weighs] the need to apprehend in most of these situations,” Kjos wrote, noting that the risk of injury to the public or officers outweighed the chances of recovering a stolen vehicle. “At times in the past we have simply relied on luck to keep everyone safe and that is not the way to operate moving forward.”

The chase policy was last changed in 2013. But the new policy is unpopular among some Minneapolis cops, who believe it will drive crime — in particular, vehicle thefts, which have soared this year — by encouraging suspects to run from police, with little fear of arrest.

A report released by the U.S. Justice Department in 2017 found that more than 7,000 people died nationally as a result of police chases between 1996 and 2015 — the majority of them in the fleeing vehicles, but about a third were uninvolved bystanders and motorists. Minnesota had 72 fatalities in that span.

Chase policies vary across the state. Duluth police generally limit pursuits to suspects wanted for violent felonies. Officers in St. Paul and Hopkins are asked to consider such factors as the seriousness of the crime and their own familiarity with the surrounding area before pursuing a suspect. Brooklyn Center doesn’t allow chases of suicidal suspects in most cases.

Experts say that new technologies, including license plate readers and tagging devices like StarChase have made it easier to track criminals from a safe distance, without putting bystanders or officers at risk.

In a follow-up statement released Tuesday, Kjos said the new guidelines create a framework “for more clarity on when to discontinue, terminate, or continue” chases.

“The intention of this updated policy is to be preventive in nature and reduce the frequency that pursuits occur in the City of Minneapolis, while continuing to protect the lives of our citizens and police officers alike,” the statement said.