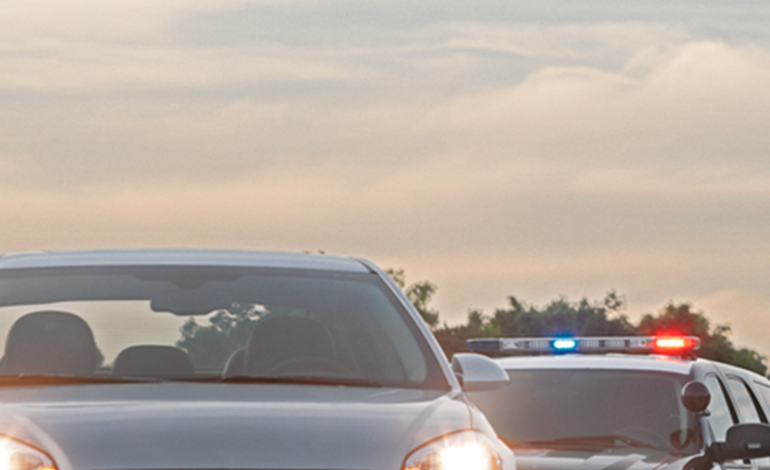 By Laura Neitzel for PoliceOne BrandFocus

When the Fresno County Sheriff’s Office received a stolen vehicle notification and pulled behind the truck in question, the driver, as some fools do, sped away instead of facing the music. With 49 arrests over three decades, the serial car thief wasn’t going to slow down just because FCSO deputies were in hot pursuit.

“Once we got behind the car to pull it over, he took us on a high-speed chase,” said Deputy Jamal Kaid. “He did some dangerous things like drive up on a sidewalk, run over a couple of signs.”

As anyone in law enforcement can attest, it’s important to end a pursuit as quickly as possible, not only to recover the stolen vehicle, but to get a reckless driver off the road before they kill or injure innocent civilians, law enforcement officers or themselves.

In Fresno County, additional officers ahead of the scene deployed stop sticks to spike the tires, but the driver maneuvered around them, just nicking a tire. But he wouldn’t get away for long.

Little did the driver know that he had chosen the wrong vehicle to try to steal. The stolen truck was equipped with OnStar vehicle location assistance technology that can pinpoint a vehicle’s location using GPS and aerial imagery. Once OnStar was notified of the stolen vehicle, the OnStar advisor immediately began providing location updates on the stolen truck every 10 to 15 seconds to the FCSO, which broadcasted to nearby units.

“They [OnStar] were able to assist us just like another law enforcement agency assisting us,” said Bridget Gonzales, communications specialist for FCSO. “They were able to give us not just two cross streets but an actual location of the vehicle.”

An FCSO helicopter was on scene, and with the consistent updates to the stolen vehicle’s location, it was quickly able to find the vehicle and keep it in sight. Since conditions were favorable, FCSO then requested that OnStar slow the vehicle down.

“As he got into the orchard, he couldn’t go any farther,” said Tony Botti, public information officer for FCSO. “After driving down a row, we had him pinned, and we were able to take him into custody.”

OnStar’s Stolen Vehicle Slowdown brought the scofflaw to a stop.

“When we’re able to slow things down, we’re able to process things better. It’s just human nature,” said Kaid. “So, with OnStar bogging down the motor, we were able to do that and keep everyone’s safety in line.”

In another incident in Wisconsin, it was OnStar that alerted the local authorities at the Beloit Police Department about a stolen vehicle in their jurisdiction.

“The advisor from OnStar called and advised us that there was a stolen vehicle that was showing in Rock County and that they were tracking it,” said Jenna Winiarski, telecommunicator for Rock County 911. As OnStar tracked the vehicle, the dispatcher communicated the vehicle location to the units.

“When I spotted the vehicle, it was within two to three seconds that OnStar was confirming with dispatch that ‘Yes, this is where they’re at.’ It was very quick,” said Officer Eric Schoonover of Beloit PD.

When Schoonover confirmed that he had the vehicle in sight, the dispatcher notified him that OnStar could slow down the vehicle.

“Working with OnStar, there was no high-speed chase, nobody got hurt, we were able to apprehend the suspect, and the owner got his vehicle back,” Schoonover said.

Watch videos about how OnStar supports first responders, including a news story about the Beloit Incident.

How does it work?

3. Slowdown. If the vehicle is still running and law enforcement indicates that conditions are appropriate, the OnStar advisor will flash the hazard lights on the stolen vehicle so the pursuing officer can confirm that they have the correct vehicle in sight. Once confirmed, OnStar then sends a signal to activate Stolen Vehicle Slowdown.

4. Remote Ignition Block. The OnStar advisor can also send a remote ignition block signal to the stolen vehicle, preventing it from being restarted once the engine has been turned off.

5. Restore Services. Once the vehicle has been recovered, the OnStar advisor can send a signal to restore services so the vehicle can function normally again.

OnStar assists with over 1,500 stolen vehicle incidents per month and averages 25 stolen vehicle slowdowns per month. That’s a lot of potentially dangerous pursuits with safer endings for all.