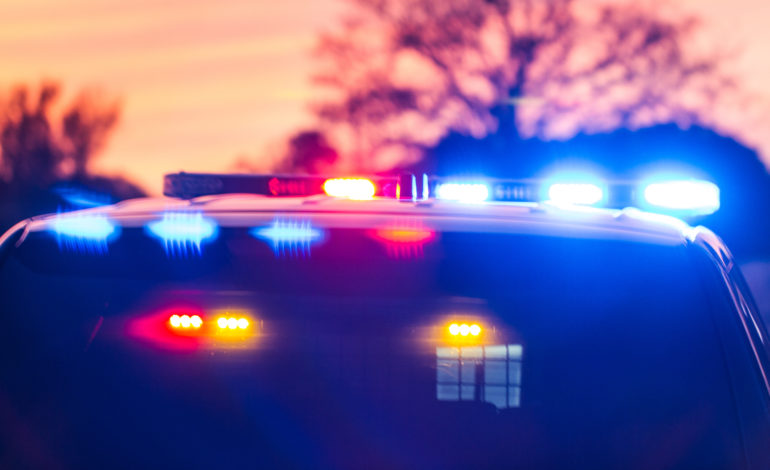 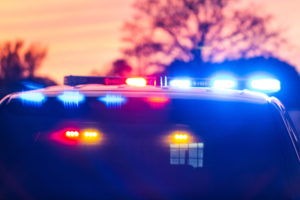 All vehicle pursuits should be reviewed and documented by an agency in order to evaluate the need for policy review, training and equipment needs. (Photo/PoliceOne)

I recall the incident as clearly as if it happened yesterday. My partner and I were approaching a suspected drug dealer’s vehicle from our unmarked car. After initiating contact with the driver, I heard chaotic shouting from a radio transmission announcing that a vehicle pursuit of a robbery suspect was headed toward our location. I turned to see a dark-colored vehicle approaching from a few blocks away at a high rate of speed. The car bottomed out as it reached the crest of each block. I observed the black and white radio car trailing the suspect vehicle at a block distance with red lights flashing and siren wailing. My partner and I took cover from the approaching vehicle as it swerved, narrowly missing our unmarked car as it careened toward the next intersection. The driver never slowed as he plowed through the red light, slamming broadside into a small sedan with four occupants.

I ran to the victim’s vehicle and saw the carnage inside. I called for an ambulance and fire department rescue as we attempted to enter the vehicle. The suspect vehicle continued another half block where it came to rest against a utility pole with both the driver and passenger suspects inside and semi-conscious. Both men survived. Three of the victims in the other vehicle did not survive the collision. In the debriefing we learned the robbery was a purse snatching. When the suspect ran to an awaiting car, it triggered the pursuit. This incident crystalized my attitude toward police pursuits and the inherent hazards for the rest of my career.

The facts about police pursuits

Police vehicle pursuits are initiated more than 90 percent of the time due to non-felony crimes according to recent research. Approximately 40 percent of those pursued are due to traffic violations, and after adding suspected driving under the influence of alcohol or drugs, the total rises to over 55 percent.

Each year, law enforcement officers are killed or injured while engaged in vehicle pursuits. Many more uninvolved civilians are injured or killed as well. Millions of dollars in vehicle and property damage result, including awards rendered in the associated lawsuits. As a result, agencies have created guidelines to determine whether a pursuit should be allowed to continue or be terminated. The decision to continue or terminate a police pursuit has been debated for decades and continues today.

A 2017 report from the Bureau of Justice Statistics (BJS) showed that from between 1996-2015, an average of 355 individuals were killed annually as a result of police pursuits, which equates to nearly one death per day.

Disengaging in pursuits is counter-intuitive to most law enforcement officers who are determined to catch violators. Whether the pursuit is initiated from a traffic violation or from a violent felony crime, most officers will pursue with abandon in order to catch the perpetrator. Supervisors may be inclined not to terminate a pursuit based on the “what if” factor. What if the offender is fleeing for an unknown reason such as just having perpetrated a violent crime? What if there is a body in the trunk? What if the driver is a wanted, violent felon?

The risks and benefits of a pursuit must be considered to determine if it should be continued or ceased. Courts have weighed in on police pursuits, particularly when fatalities, injuries or damage occur associated with them. Often the courts have opined in regard to the Fourth Amendment of the US Constitution in regard to a pursuit being a use of force and seizure and the Fourteenth Amendment right of due process. Court decisions may be based upon factors including the reason for the pursuit, the reasonableness of the pursuit based on known factors at the time, the driver’s training and capability, and the behavior of the individuals pursued. A 2008 report from the International Association of Chiefs of Police (IACP) remains useful in examining risks and rewards, relevant court cases, studies and a sample model pursuit policy.

As of January 2012, approximately 96 percent of all law enforcement agencies had a written vehicle pursuit policy. The rate of pursuits was highest among the 11 percent of agencies that allowed the pursuing officer to determine whether to continue or terminate the pursuit. PERF and IACP sample policies and other LE agency examples of procedures and factors that may influence pursuit cessation or continuation include:

In the aftermath of a pursuit

In cases involving a collision with injuries or fatalities at the conclusion of a vehicle pursuit, emergency response is the primary concern. Emergency aid must be rendered to bystanders, officers and offenders alike. Officers involved in serious injury or fatality pursuits may require attention to affects beyond physical injuries experienced from the collision. The potential for shock or PTSD symptoms may not be apparent immediately following an incident and ranking officers should be mindful to ensure that officers are professionally assessed.

Although emergency responders from EMS agencies and fire departments may take charge of the scene, an officer must be designated to document events as a possible crime scene.

Protocols should be followed to secure the perimeter and preserve evidence, including skid and road debris. Witnesses should be located and sequestered for investigators interviews.

Department policies may dictate that an outside jurisdiction be given the authority to investigate to ensure an unbiased and objective query is carried out. If no such protocols exist, care must be taken to eliminate any possibility or perception of favoritism or conflict of interest during the investigation.

Ranking officers must be present to take charge of the scene and to make notifications to the chief or sheriff and local civic leaders. Keep in mind that the pursuit will be scrutinized by “experts” both inside and outside of law enforcement. Second guessing may be made without first-hand knowledge of the issues, split-second decision-making and the adrenalin that is present in a stressful situation such as a vehicle pursuit.

A media relations officer or public information officer (PIO) should be briefed to meet with the media. Take care to ensure investigative integrity and confidentiality until family members have been notified.

Once emergency aid and hospitalization are rendered and the investigation is underway, legal issues must be considered. Care should be made to ensure the Police Officer’s Bill of Rights are followed to allow any involved members their right to counsel prior to questioning beyond reporting requirements.

Officers involved may be subject to an array of action from being cleared of wrong doing to being the subject of the investigation for out-of-policy violations or neglect. Officers may be subject to disciplinary actions ranging from admonishment, to suspension, to termination, or criminal indictment, or as the defendant in civil litigation. Tort claims made against the officer may result in punitive awards made to the original offender in the pursuit.

Ranking officers must be diligent in oversight of the investigation. Although qualified immunity would protect officers from lawsuits and claims, adherence to policy is required: “Qualified immunity shields police officers from money damages, unless a plaintiff can establish the following elements: (1) the case law “clearly established” that a given level of force is unlawful; and (2) the police officer used an unreasonable level of force that violated this case law.”

All vehicle pursuits should be reviewed and documented by an agency in order to evaluate the need for policy review, training and equipment needs. An agency may determine mandatory review of pursuits for a variety of criteria including once lights and siren (code 3) driving is initiated on a driver who refuses to yield, a chase with property damage, injury to officer, suspect or uninvolved motorist or pedestrian, or a pre-determined cost of property damage.

Review the cessation policy, or those procedures to terminate a pursuit:

This Department Accident Board of Review (DABOR) shall consider the reason for the pursuit, the testimony from the supervisor who monitored the pursuit, the LE driver testimony, the collision report, body or dashboard video if present, the operators’ driving history and training, and the mechanical condition of the LE vehicle(s) involved, both pre-and post-collision (if involved).

Recommendations by the DABOR may include clearing the pursuit as being within policy, a policy or training failure, failure to adhere to policy or a failure to supervise. Members may be counseled on agency policy, given remedial training or subject to discipline, if warranted. Trends or hazards discovered in the preceding shall be analyzed to be included in training or policy.

Preparing personnel for pursuits is essential for agencies that give authorization to continue a pursuit. At a minimum, members must undergo rigorous Emergency Vehicle Operations Course (EVOC) training, including a pursuit component. An officer must attend regular refresher training to maintain these perishable skills.

Driving and training on an actual skills course requires time, training, vehicles, a location and safety equipment. There is always the risk of accident and injury to both the instructor and student. The use of driving simulators can reduce this risk by providing a safe environment for training and evaluation of students. These simulators can use consistent training scenarios based off of department policy and evaluate students’ decision-making skills and driving abilities.

Connected vehicle technologies, such as OnStar’s remote ignition block and Stolen Vehicle Slowdown, are available on General Motor’s vehicles to help prevent pursuits. Once a vehicle is confirmed stolen, a signal is sent to prevent the vehicle from being restarted after it has been shut off. If the vehicle is still moving, OnStar can remotely slow the vehicle down to an idle speed of three to five miles an hour, with braking and steering still intact.

Another approach to reduce the risk to pursuing officers is the projectile GPS system that allows officers to mark and track fleeing vehicles. The StarChase Pursuit Management System is an example of technology that may be installed on a police vehicle to deploy a GPS projectile, fired and attached onto a fleeing vehicle and tracked on a computer screen for short distances. Once the system is attached and enabled, the pursuing officer can back off and track the vehicle on the vehicle mobile terminal.

Agency leaders should annually review their department orders and guidelines in regard to vehicle pursuit policies. In addition, they should include training and refresher programs in emergency vehicle operation and pursuits either on an approved track with a certified EVOC instructor or on a training simulator. Policy makers must weigh the hazards and avoid the “quick-fix” or “silver-bullet” conclusion to cease all vehicle pursuits altogether. This may harm officer morale and may put the public at greater risk of recalcitrants who may flaunt reckless driving once the policy becomes known.

Police leaders must strike a balance between apprehending criminals and protecting those we serve to prevent future tragedies. At the same time we should not lose sight of our responsibility to ensure officers and innocent bystanders are not collateral casualties in the pursuit of fleeing criminals.

James Dudley is a 32-year veteran of the San Francisco Police Department where he retired as deputy chief of the Patrol Bureau. He has served as the DC of Special Operations and Liaison to the Department of Emergency Management where he served as Event and Incident Commander for a variety of incidents, operations and emergencies. James has a Master’s degree in Criminology and Social Ecology from the University of California at Irvine, is currently a member of the Criminal Justice faculty at San Francisco State University, consults on organizational assessments for LE agencies and co-hosts the Policing Matters podcast for PoliceOne.

A New Beat for Police Across US: Enforcing Social Distance