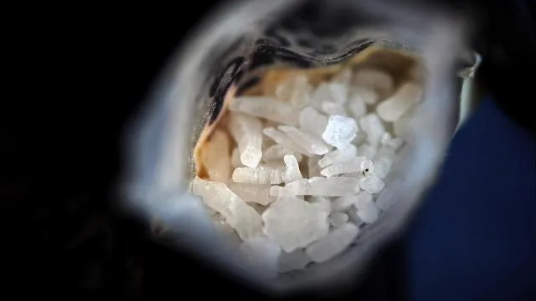 While Halloween is bringing out delightful trick-or-treaters searching for sweets, area law enforcement made a ghoulish discovery after a vehicle pursuit.

Greene County sheriff’s deputies tried to make a traffic stop Oct. 31 after Springfield Police detectives requested their assistance regarding a drug investigation, according to a statement from the sheriff’s office.

But the driver fled.

Deputies started to pursue the vehicle and deployed StarChase, which allows deputies to shoot a tracking device onto the back of a fleeing vehicle. If the GPS device sticks, then the deputy can back off and track the suspect’s movements on a computer. M

Deputies used stop-sticks on the two driver’s side tires. The vehicle slowed but continued east on I-44 to Chestnut Expressway.

“During the pursuit the occupants of the truck threw a large quantity of methamphetamine out the window, which was recovered,” according to the statement.

The suspect drove into the opposite lanes of traffic and the pursuit was terminated; however, deputies continued tracking via the StarChase device.

Both male occupants left the vehicle and fled near Fremont Avenue and Evergreen Street, according to the statement. The driver was located and arrested.

Law enforcement officers are searching for the other occupant.