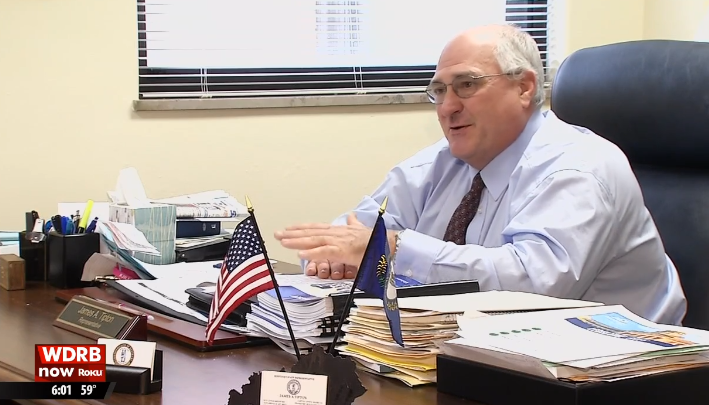 Rep. James Tipton, R-Taylorsville, introduced House Bill 298 in late January, several months after a teenager in his district was killed. A man had led police on a chase, and the driver crashed into the teen’s car at an intersection.

“The family came to me and asked, ‘What can we do to prevent this happening to some other family?'” Tipton said.

This bill, he thinks, would greatly reduce the number of fatalities that stem from high-speed police chases. Just last year, over the course of five days, seven people were killed in three different police chases across Kentucky.

“The idea is to have policies in place and provide more training with a goal to make not only the public more safe, but also our law enforcement officers,” Tipton said.

HB 298 requires all law enforcement agencies in the state to create a specific pursuit policy that must be submitted to the Kentucky Justice and Public Safety Cabinet. It urges lawmakers to look at weather conditions, traffic conditions, speed potential, etc. The bill requires every law enforcement officer to complete four hours of police-pursuit-related training every year.

Under the new law, persons convicted of fleeing or evading could have their license suspended for 90 days to a year. Additionally, elected law enforcement officials would be prohibited from engaging in pursuits without the training.

“Hopefully, it will make our law enforcement community more aware, more cognitive of this,” Tipton said.

The Louisville Metro Police Department is one of the departments in Kentucky that does have a policy in place. It prohibits officers from engaging in most pursuits. But, Tipton said the training that’s required as a part of the bill would benefit these departments for the times when pursuit does happen.

“The additional training, I think, will be a benefit not only to those officers in the large departments, but also in smaller departments across the state,” he said.

The bill is expected to head to the House Judiciary Committee sometime next week.