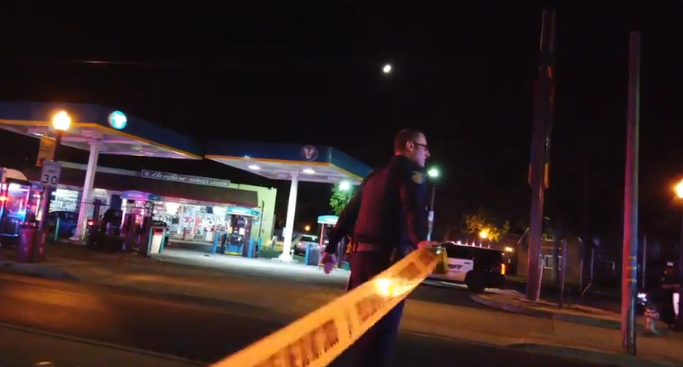 A man led officers with the Elk Grove Police Department on a pursuit into the city of Sacramento on Saturday evening after stealing a car and hitting two police cruisers.

Gonzalo Rodriguez, 34, was arrested near the intersection of Interstate 5 and Cosumnes River Boulevard at the end of a long chase from the corner of Bond Road and East Stockton Boulevard in Elk Grove.

In a news release, Elk Grove police said officers had first located a stolen vehicle in the area and pulled up behind it when the driver intentionally backed into the patrol cars.

The stolen car then headed north, leading officers onto a frontage road near Freeport on the banks of the Sacramento River, where it hit another car and fled to an open field.

Rodriguez abandoned the vehicle and ran through the field on foot, where he was apprehended by a police dog. He was taken to a nearby hospital for treatment, but nobody else was injured, according to the release.

A patrol car that followed Rodriguez into the field caught fire due to dry grass in the area.

Once medically cleared, Rodriguez will be booked into the Sacramento County jail on suspicion of motor theft, possession of a stolen car, assault with a deadly weapon, felony evasion, hit-and-run, resisting arrest and violation of his probation, according to the release.

No one was hurt in this event, but multiple vehicles were damaged.