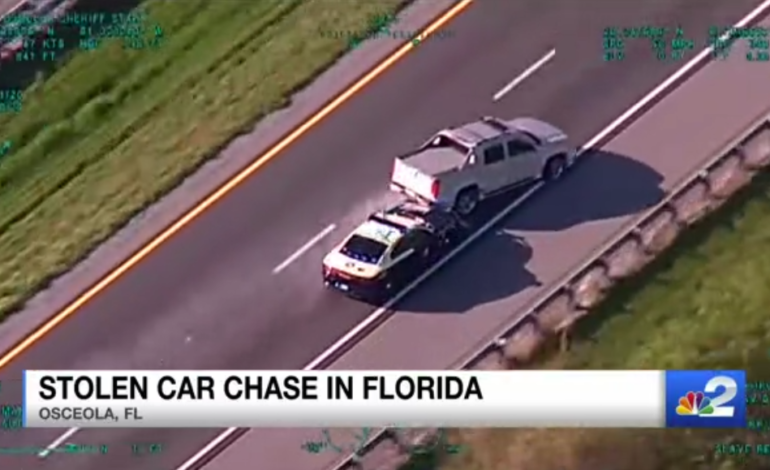 OSCEOLA COUNTY, Fla. (WESH) — A dramatic end to a police chase in Florida was straight out of a movie.

Troopers performed a pit maneuver to stop a stolen pickup truck on the turnpike last week.

A helicopter overhead captured the pickup truck flipping end over end. Amazingly, the driver in the truck eventually climbed out of the shattered sunroof with minor injuries.

When he made it into Osceola County, troopers had a stop stick ready for him. They hit him with another, and sparks flew. Eventually, a tire rolled off the rim.

As a trooper caught up to the slowing truck, the pit maneuver finally stopped it. Law enforcement officials surrounded the truck and were eventually able to pull Middleton out of the sunroof.

He faces charges of stealing a vehicle, fleeing and eluding police and driving without a license.