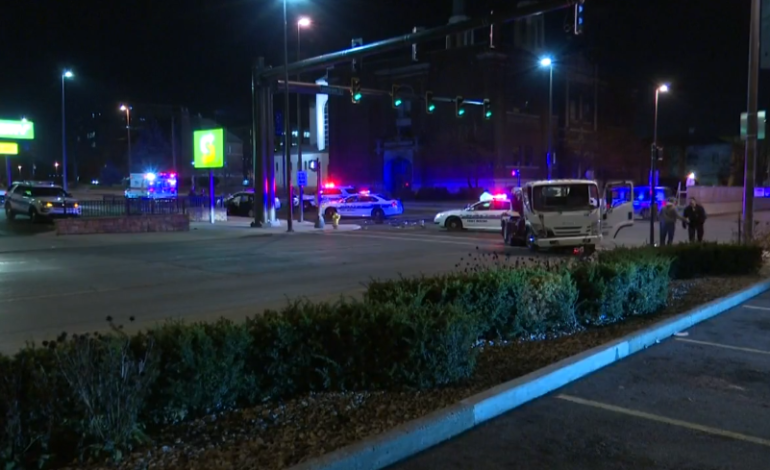 FORT WAYNE, Ind. (WANE) – A man is in custody and faces multiple felony charges after leading police on a chase through Fort Wayne Wednesday morning.

Officers initially responded to a domestic battery reported in the 3300 block of W. Coliseum Boulevard just after 2 a.m.

When police got there, the man identified as a suspect got in his car and ran.

Officers began chasing the man for a short amount of time before ending the pursuit to keep bystanders safe.

A few minutes later, police re-engaged in the chase after the suspect crashed into another vehicle driving through the roundabout at Fairfield Avenue and Ewing Street on the north side of downtown.

The driver kept driving south on Fairfield before turning east on Jefferson Boulevard.

Police said he ran multiple stop lights and eventually crashed into a street sweeper truck as he went through the intersection at Jefferson Boulevard and Clinton Street around 2:30 a.m.

Officers took the suspect into custody before medics took him to a hospital for medical evaluation. Police did not have an updated condition for him.

The drivers of the other vehicles involved in the two crashes were not seriously hurt, but their vehicles sustained heavy damage.

The suspect – identified later as Jalen Perry – now faces felony charges for Domestic Battery, Resisting and Fleeing Law Enforcement, and Leaving the Scene of an Accident.

Police officials also believe the man was intoxicated during the incident. They’re investigating that further to determine any additional charges.

The condition of the woman involved in the initial domestic battery is unknown.