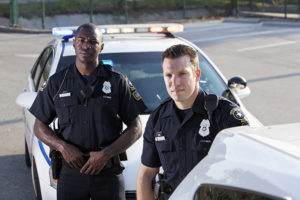 How does pursuit policy affect those in the field? (image/iStock)

The decision to pursue an offender running from the police in a vehicle is possibly the most critical risk-reward quandary in law enforcement. The risks are known, but variable, but the reward remains hidden until and unless the pursuit ends with an arrest. Between the time the roof lights come on and the cuffs come out, there are a thousand potentially deadly hazards.

Data collection on police pursuits makes a strong case for opting not to pursue. A 2010 report published in the FBI Law Enforcement Bulletin claimed that police pursuits claim one life every day, with 42% of the fatalities being people who were otherwise uninvolved in the pursuit, and just happened to be in the way. It goes on to say that 1% of pursuits causes a fatality.

Working the street, it doesn’t take long before someone tries to get away from you, and it can torque you off when it happens. The driver who fails to stop at the direction of a police officer, and who then tries to get away, challenges the officer’s authority. It’s very easy to take that personally, and start making bad decisions.

If the officer allows himself to get angry, that rage is likely to build during the pursuit. Rather than consider all the factors relevant to the decision to continue, the officer’s perspective shrinks to focus on the fleeing vehicle, and little else. This single-mindedness makes for bad decision-making, and can lead to some additional ugliness when the pursuit ends.

It’s not unheard of for officers to rush the stopped vehicle and use excessive force to get them out and under arrest, that “red mist” still driving their actions. Some agencies have policies that require the lead officer in a pursuit to refrain from contacting the vehicle occupants, leaving the physical arrest to officers who were less directly involved. Policies like that (assuming you follow them) can keep you from being the lead story on the six o’clock news.

Of course, it’s usually not about ego. The ethos of the American law enforcement officer is that once you’ve decided to arrest someone, “no” is not an acceptable response. Cops will overcome resistance and attempts to escape because that’s the way they are trained and socialized.

This is why the “no pursuit” policies that some agencies have put in place are so demoralizing for their troops. Once it’s known that the police cannot pursue offenders, the crooks become empowered. Although there isn’t any hard data that suggests that a no-pursuit policy increases the number of offenders fleeing traffic stops, the perception and belief among the working cops is that the bad guys are exploiting them.

A blanket no-pursuit policy also alienates the rank and file from management, a relationship that is nearly always dysfunctional to begin with. Forbidding officers from engaging in pursuits under any circumstances suggests that the officers cannot be trusted to make good decisions, that they will always act irresponsibly.

One way to limit pursuits by policy, rather than ban them entirely, is to require officers to articulate their reason for initiating the chase, and to restrict the acceptable reasons. There is a parallel here with “stop and frisk.” A police officer needs only reasonable suspicion of a crime taking place to stop someone for an investigative detention. To be able to frisk that person for weapons requires another layer of articulable suspicion that the person may be carrying a weapon that can be used to harm the officer. Without that second layer, any contraband recovered in the frisk (e.g., a gun) may not be admissible in court.

Agencies can require officers to have a level of justification for the pursuit than a simple traffic violation. For example, an officer might be forbidden to pursue a fleeing car if his only observation was a speeding violation, but would be allowed to pursue if he knew the vehicle was stolen or connected with a felony crime. A policy like this might result in officers making longer observations and considering their decisions more carefully before initiating a stop or pursuing.

One possible reason that pursuits are so hazardous is that police have inadequate training for effective pursuit driving. Basic academy training curriculums vary tremendously from one place to another. Emergency vehicle operations (EVOC) is nearly always a component of basic training, but differs in quality and quantity. One class might get a couple of days driving through traffic cone patterns with no meaningful coaching or instruction, where recruits at a highway patrol or state police academy can spend many hours behind the wheel and in the classroom, learning both theory and practice.

This distinction is borne out in an analysis of police fatalities owing to traffic accidents. In 64 accident-related deaths listed on the Officer Down Memorial Page for 2015-2016, only 8 (12.5%) involved state police or highway patrols, and one of those resulted from the trooper being struck by a vehicle while he was stopped at the side of the road. Highway patrol officers are relatively few as compared to city, county and proprietary law enforcement personnel, but they drive many more miles and are primarily tasked with traffic enforcement. The superior driver training they receive has got to be a factor in their relative success in handling pursuits.

Many police officers spend a good deal behind the wheel, and about 40% of line of duty fatalities are vehicle related. There is ample reason to make this training a higher priority.

Tim Dees is a retired police officer and the former editor of two major law enforcement websites who writes and consults on technology applications in criminal justice. He can be reached at tim@timdees.com.

Want to learn more about pursuit training, technology and policy?