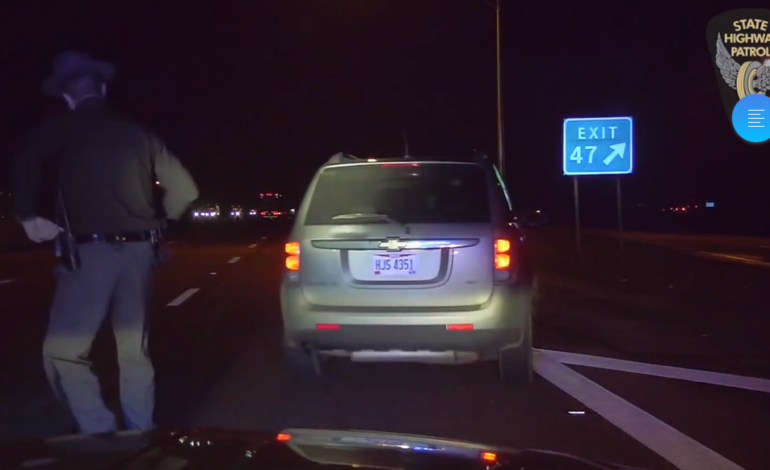 A man in a brief pursuit with troopers that ended in a spark-filled crash earlier this month is no longer in the Clark County Jail.

Cruiser camera footage obtained by News Center 7 shows a driver, identified as Moreland, pull over on Interstate 70 near the Ohio route 4 entrance ramp in Enon.

As the trooper approaches, the driver speeds off and a short time later loses control, swerves and smashes into the dividing wall. Sparks flew into the air and Moreland ran from the SUV, according to the Ohio State Highway Patrol. He was caught after troopers ran him down.

The two kids inside the car were taken to Dayton Children’s Hospital and Moreland was treated at Soin Medical Center in Beavercreek.