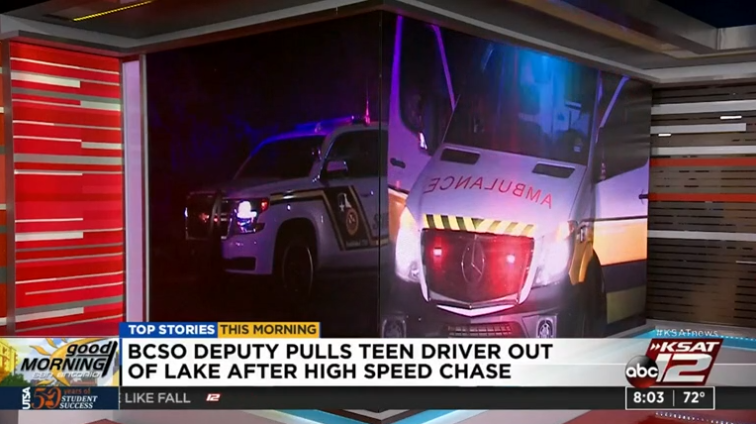 Deputies say it started around 1 a.m. Sunday on Montgomery Drive. They say they spotted the teen driving recklessly and tried to pull him over, but, the teen drove off, leading deputies on a chase.

Deputies say it ended about a mile later when the driver missed a sharp turn, cut across a park and drove into a small lake.

Officials say the car submerged quickly and a deputy jumped in to pull the teenage driver out of the car and water. They say another teenager was in the car, as well, but he was able to swim to safety on his own.

Neither of the teenagers were hurt, and the driver is now facing a felony charge of evading arrest.

Video footage available at the link below.