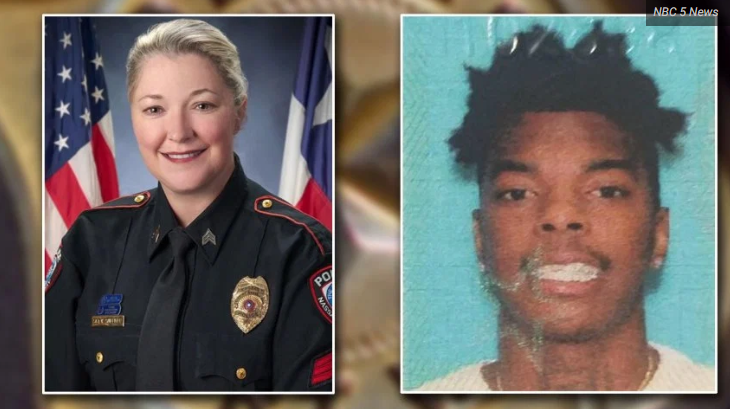 A 21-year-old man has confessed to killing a Houston-area police sergeant during a traffic stop earlier this week and is charged with capital murder, authorities said Thursday.

Harris County Sheriff Ed Gonzalez said a tip to Crime Stoppers of Houston led authorities to the home, where Tavores Henderson surrendered without incident. Authorities say the home belonged to one of Henderson’s friends.

“We wanted to resolve it peacefully because we had seen him with weapons in photos,” Gonzalez said at a news conference.

Nassau Bay police Sgt. Kaila Sullivan was assisting in a traffic stop at an apartment complex Tuesday night when police discovered the driver, later identified as Henderson, had an outstanding warrant for assault.

Henderson broke free from police as he was being handcuffed. Authorities allege Henderson fled in his vehicle and struck Sullivan, running over her and dragging her body. She later died at a hospital.

Sheriff’s office investigators said Henderson gave a full confession after his arrest. Court records did not list an attorney for Henderson.

Prosecutors were also considering filing charges against Henderson’s mother and his mother’s boyfriend, who are accused of helping Henderson flee authorities by picking him up near the scene of Sullivan’s death and hiding him in a hotel. His mother is also accused of lying to deputies about her son’s whereabouts.

“I can’t tell you what a nightmare it’s been for our city. The first time anything like this has happened. I just can’t compliment everybody involved enough to bring this individual to swift justice,” said Nassau Bay Mayor Mark Denman.

Nassau Bay is located about 25 miles southeast of Houston and has about 4,000 residents.

Sullivan, 43, was approaching her 16-year anniversary with the Nassau Bay Police Department when she was killed.

Henderson’s arrest came on the same day as the funeral for Houston police Sgt. Christopher Brewster, 32, who was fatally shot on Saturday while responding to a domestic violence call.

According to court records, the misdemeanor arrest warrant Henderson had been wanted on was for an alleged assault of his ex-girlfriend. Authorities say Henderson grabbed and scratched her as he tried to kidnap her Sunday.

Henderson was also accused of choking his ex-girlfriend and threatening to shoot her in November 2018, leading to a felony aggravated assault-family member charge, which he had been free on bond at the time of Sullivan’s death.

Henderson is a Houston rapper who performs under the stage name Killah Dre.