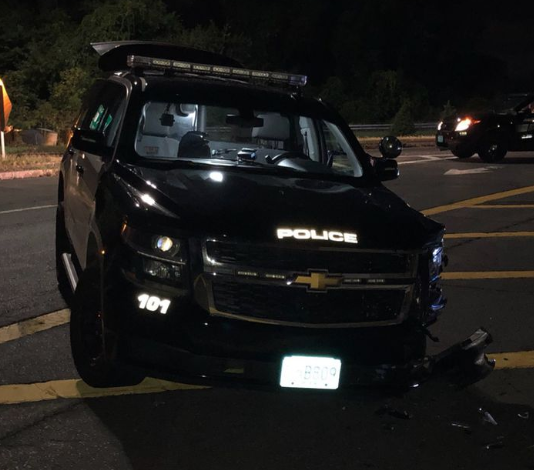 By George Graham | Special to The Republican

Agawam Police Lt. Dan Bonafilia said the incident began about 1:30 a.m. when police were summoned to Morningside Drive for a report of vehicle theft in progress

Responding police officers discovered the stolen vehicle as well as second vehicle that had been stolen in Springfield.

The suspects in the two vehicles fled police. That’s when one of the fleeing vehicles entered the rotary and crashed into a pursuing cruiser.

The injured officer was treated at a hospital and released. The two juveniles inside that vehicle were arrested on outstanding warrants and numerous other motor vehicle charges.

Police, still investigating the incident, have not released any additional information.