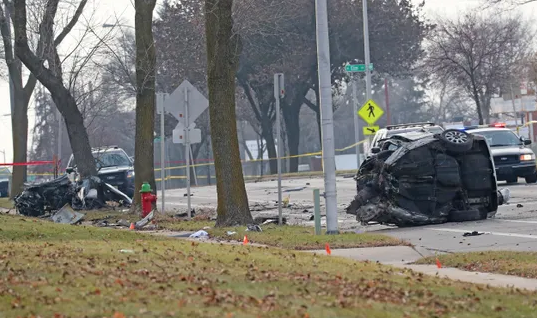 A 28-year-old Milwaukee man died after leading police on a short high-speed chase and crashing his vehicle Sunday morning near the corner of West Green Tree Road and North Teutonia Avenue, according to police.

Police gathered information on his whereabouts and found him in a vehicle parked on the 3300 block of West Custer Street around 6:30 a.m.

As police approached the vehicle, the suspect fled and led police on a short pursuit. Thompson said the man was traveling at high speed and drove the car for about a minute before losing control and crashing in front of the Milwaukee Safety Academy at 6680 N Teutonia Ave.

The man, who died at the scene, was the sole occupant of the vehicle.

During the chase, two other vehicles were hit, causing minor damage to the vehicles and injuring one person, who is being treated for minor injuries.

Police are continuing to investigate the domestic abuse situation and the crash.