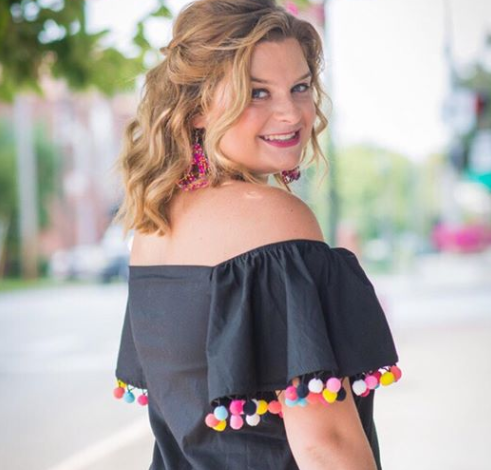 Over the course of a single week last fall, seven Kentuckians lost their lives in a series of violent car crashes — each stemming from a high-speed police chase.

Three died in Paducah: a fleeing driver and his two teenage passengers.

Three more died in Lexington, including two women whose car was struck head-on by a fleeing suspect.

And in Anderson County, Jill Hurst, 18, was killed after a man running from police slammed into her friend’s car as the teens were leaving a high school football game.

A new bill filed in the Kentucky legislature is putting a spotlight on the tragedy.

“Jill’s Law,” which has bipartisan support, would require all law enforcement agencies in the state to develop pursuit policies — including specific criteria for when officers should start chases and when they should stop.

In the chase that led to Hurst’s death, the fleeing driver hit speeds of over 100 mph. The suspect crossed county lines, struck a utility pole and blew threw an intersection before the collision that killed Hurst brought the chase to an end.

A 2019 high school graduate, Hurst was working as a life guard and had dreams of joining the U.S. Air Force. Her sudden death left the Anderson County community reeling and her family heartbroken.

“They wanted to do something to make sure that something like this does not happen to somebody else’s child,” said Rep. James Tipton, a Taylorsville Republican who represents Anderson County.

Tipton, who is co-sponsoring House Bill 298, hopes the new legislation will begin to heal the Hurst family’s wounds.

If passed, Jill’s Law would:

But another provision in the proposal has given pursuit safety advocates pause: Pursuit policies across Kentucky would be kept secret from the public. “Having policies that are confidential — that flies in the face of everything American policing is doing to be transparent,” said Geoffrey Alpert, a nationally recognized expert on police pursuits.Alpert, who has studied pursuits since the 1980s, said he has never heard of another state making their chase policies secret.

Jon Farris, founder of the national advocacy group “Pursuit for Change,” said the secrecy provision “makes no sense whatsoever.””Why would you be trying to hide your policy?” Farris asked. “What’s the public policy reason they have for doing that, other than thinking it might mitigate lawsuits or that it might mitigate you from writing another story?” Farris was referring to an October 2019 investigation from The Courier Journal which relied heavily on the use of public documents to reveal that the Louisville Metro Police Department — once heralded for having one of the safest pursuit policies in the nation — had been quietly loosening its chase rules since 2016.

Pursuit-related collisions, injuries and deaths all rose in the wake of those changes, The Courier Journal reported. Amye Bensenhaver, a retired assistant attorney general and open government advocate, also questioned why lawmakers would want to keep pursuit policies confidential.The reason for secrecy isn’t clear, she said.”An explanation is appropriate anytime an otherwise public record is excluded from public inspection,” said Bensenhaver, director of the Kentucky Open Government Coalition, which advocates for government transparency and accountability.

Tipton defended the secrecy provision. “You don’t want the general public to know,” he told The Courier Journal last week. Tipton pointed to Louisville’s experience with pursuits as an example. Louisville Metro Police in 2012 clamped down on chases following a string of crash-related deaths.Under a new stricter policy, officers could no longer chase cars for minor violations, such as traffic infractions. Officers could chase only those suspected of a violent felony. Criminals “took advantage” of that change, Tipton said.

Alpert, a criminology and criminal justice professor at the University of South Carolina, said Tipton’s reasoning was “a myth.”” Most major cities have all their policies on the internet,” Alpert said, citing as examples New Orleans, Seattle, New York and Los Angeles. A lack of transparency, he added, erodes public faith in government agencies. “One of the reasons the public doesn’t trust the police is because they pull this stuff,” he said.

Spokespeople for the Kentucky State Police, Kentucky Fra​ternal Order of Police and Louisville Metro Police did not return requests for comment regarding House Bill 298.

Tipton said he has heard from several “stakeholders” since filing the bill, including those with questions or concerns about pursuit secrecy.They are searching for “middle ground,” he said, adding he expects to file an amended version of the bill.David Henderson, 31, of Reynolds Station, has been charged with Hurst’s murder. He is being detained at the Boyle County Detention Center pending trial.

Jill Hurst loved to travel and had trips planned to Mexico, Ireland and Greece at the time of her death, according to an online obituary.She was an organ donor. Her heart was given to a father of three, Hurst’s mother, Christy Jane Hurst, wrote in a December Facebook post.

“Jill would have wished for her heart to benefit children. Well her heart is benefiting children,” the post said. ” … Their dad who now has the best, biggest and most beautiful heart ever in this world!”