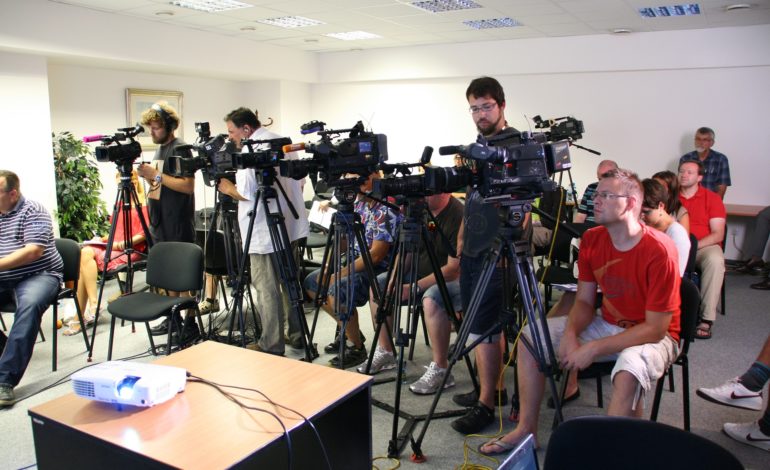 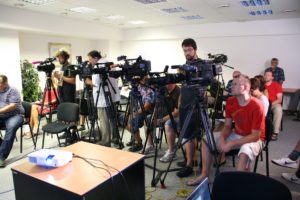 In the case of pursuits, your agency should educate local media on the technologies you’re utilizing. (Photo/Pixabay)

Pursuits are among the most high-profile law enforcement incidents, and they require a careful and thoughtful strategy to optimize media coverage.

Like any potentially controversial incident, getting fair news coverage of a police pursuit is all about working with reporters, not against them. In addition to having a crisis communications plan in place, developing a healthy relationship with the media prior to an incident is a key component to success.

Before you’ve even reached the point of interacting with the media in the aftermath of a pursuit or other critical incident, there are things your agency can do in advance that will go a long way to ensuring successful dealings with the media when it matters most.

“Any police agency has between three and five minutes to get ahead of the narrative that the media is going to create for the incident,” said crisis communications expert Judy Pal, who currently provides communications and media training to public safety agencies.  “Having a crisis communications plan with simple messaging that agencies can put out immediately after something happens is key because if you wait 10-15 minutes, social media will feed the narrative and law enforcement ends up playing catch up.”

Be transparent and let them see behind the curtain. For starters, make your pursuit policies and media policies readily available online. Be available for media inquiries even when you don’t have to be. As a police agency, one of your roles is that of an educator. Use access to educate. For example, many agencies invite their local news stations to undergo shoot-don’t-shoot training so they can better understand the split-second decisions that cops face on the beat.

In the case of pursuits, your agency should educate local media on the technologies you’re utilizing such as location assistance, tracking devices and simulation training to ensure the safety of the community and your officers during pursuits. Demonstrate these technologies – show reporters how they work. Be open! It’s impossible to develop a good relationship with the media in the chaos of a critical incident. If you haven’t built a strong partnership beforehand, you’ve already lost the battle.

With those pre-incident considerations out of the way, here are seven steps for handling news coverage of pursuits and positioning your message so it’s not distorted by the media.

If you don’t give your story to the media, they will find it somewhere else. As with any critical incident, the sooner you get information out following a pursuit, the better.

Don’t think timeliness means inaccuracy. There’s plenty you can say to the media and the public even in the very early stages when you have few concrete details, such as that an investigation is underway, that drivers should use alternate routes and that the safety of the public is your priority. Much of this initial messaging can be figured out ahead of time in your crisis communications plan.

According to Pal, one mistake agencies make when it comes to media coverage of pursuits is defaulting to policy. While it’s important to talk about your pursuit policy, it’s not a good idea to lead with it. Focus on the humanity and the safety of the community. Your crisis communications plan should also address what your communications strategy is if a pursuit ends in injury or death. This policy should emphasize that your agency is committed to the safety of the public.

“Start with your heart, rather than your head,” Pal said. “People want to hear that you’re concerned about this thing. I think more and more we’re starting to realize that being human is not only OK but it’s an admirable quality in cops.”

Don’t get trapped by a reporter’s negative question. Always move the tone of the conversation back to the positive, because the media will try to create controversy. Once you use negative language, you’re probably going to get a negative headline.

“If a reporter asks you, ‘Hey, don’t you regret calling off this pursuit?’ If you say ‘no’ then you’ve automatically sided with your cops,” Pal said. “If you say ‘yes’ you’re automatically siding with the public. You have to remember that you’re answering to the community, not to the media. So, my answer in a situation like that would be very close to, ‘Look, we’re here to protect the lives of everyone in this community. We’re going to do an investigation.’”

Pal also says it’s important to be mindful of reporters reaching out to you when a neighboring agency is involved in a pursuit, particularly if the pursuit resulted in injury or death. Don’t comment on a pursuit your agency wasn’t involved in – instead refer the media to expert organizations, such as IACP or PERF, for information on pursuit practices and policy.

It is also important to strategize with neighboring agencies in advance in case something like the above occurs, or, of course, if you become involved in a pursuit with multiple agencies (and multiple policies).

Another part of keeping things positive is to define – not defend – when speaking with the media. According to Pal, agencies often go into defense mode when speaking about a critical incident like a pursuit. But defense, by nature, is a contentious thing that harms your message and should be avoided. Instead, try to define the situation from all perspectives.

“In general, the American public would rather have you explain something then defend something. As soon as you start defending something, people’s ears close. Instead, you need to say, ‘Let me explain the situation. Let me explain this from what the police officer’s view is, but I also understand how this looks from the outside.’”

Another common mistake, Pal said, is going into a media briefing with a report writing mentality. You waste a lot of valuable time by focusing too heavily on what happened and the past tense (we got the call, we located the suspect and the suspect fled), instead of what’s happening now. The news media needs more than background – they need to know what steps your agency is taking following a pursuit. What’s the status of the investigation? Is another agency involved in the investigation? If there was a death, what steps are being put in place to prevent future tragedies?

Remember to educate your audience and put the pursuit in perspective. Make it clear that the choice to pursue or not to pursue is a split-second decision. Underscore the challenge in having only moments to decide whether letting a fleeing suspect go is a greater danger to the public than engaging in a high-speed pursuit.

“I always tell cops the way you put something into perspective is by asking yourself the question: ‘It’s incidents like these that bring to light what?’ A pursuit absolutely brings to light the fact that cops have a split second to decide whether chasing a fleeing subject is going to be more of a public safety hazard than letting that suspect go. That’s one of those things that the public in the heat of the moment needs to be reminded of,” Pal said.

Lastly, always carefully consider who your target audience is before you speak with the media. You’re not only talking to the public but your officers as well.

“What you say as a police leader after an incident like that…every single one of your officers is going to be listening and taking heed to,” Pal said. “So that message has to resonate with both those audiences.”

Take the opportunity when you’re speaking with the media to engage the community. Ask for their help in the investigation. Is there video footage they can share? Make them feel that they are a part of this with you – that public safety and crime fighting is a shared responsibility.

“By engaging your community to be part of the answer and part of that pursuit investigation, it shows that you are willing to take their information, it increases transparency, and it really helps people feel like it’s their police department, not something behind closed doors,” Pal said.

Deadly force behind the wheel

Border Apprehensions Drop With Pandemic in Fiscal Year 2020, But Expected to Rise