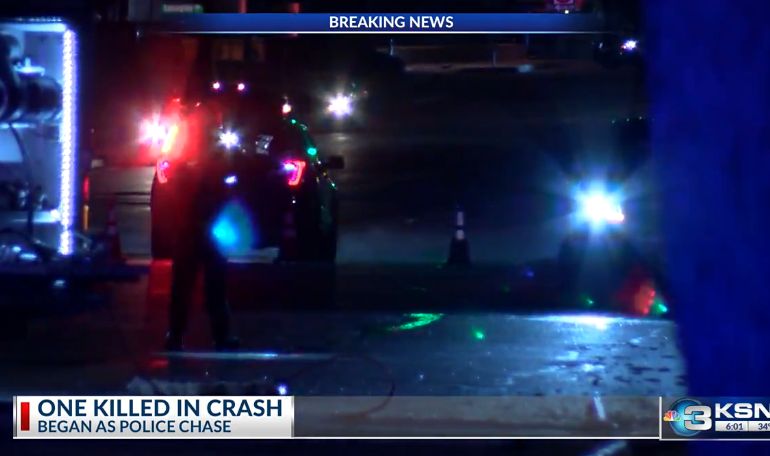 WICHITA, Kan. (KSNW) – One person is dead after a chase and fiery crash early Thanksgiving morning. It happened near Douglas and Edgemoore around 1.

Wichita police tell KSN News that officers tried to pull over someone driving erratically. The car made it a very short distance before it struck a tree and burst into flames.

“Due to the heat of the flames officers were not able to get close to the vehicle,” said Sgt. Danny Brown, Wichita Police Department.

The Wichita Fire Department put the flames out. They found the sole occupant of the car.

“The officer is completely fine. There were no other injuries to any people nor damage to property. there were some leaves that caught on fire but the fire department was able to put those out before any damage happened to anything else,” said Sgt. Brown.

Since the crash was officer-involved., the Kansas Highway Patrol is investigating.

Authorities have not released the identity of the driver.